Annual Conference organised by the European Corporate Governance Institute, the Brookings Institution and Columbia Law School, with support from the Securities and Exchange Commission and the European Commission 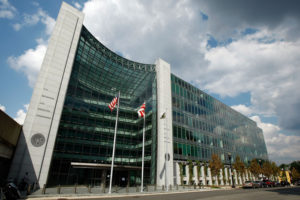 The New Role of Government in Corporate Governance. For the first time in its history, the US holds major ownership stakes in large companies and is playing an increasingly active role in their governance. The same phenomenon is present in EU member states. In both the US and the EU, there is growing momentum in favour of a much expanded regulatory outlook that extends well beyond the banking sector and into areas of corporate governance, especially executive pay. What should be the government’s role in corporate governance, both in the companies now government-owned, and through regulation in the economy generally?

Maria Cristina Ungureanu gave a speech about the regulatory reforms in corporate governance undergoing in Europe, with an emphasis on the role of governments in reforming compensation in the financial sector.